EDA THESS meeting with Mayor of Municipality of Oreokastro 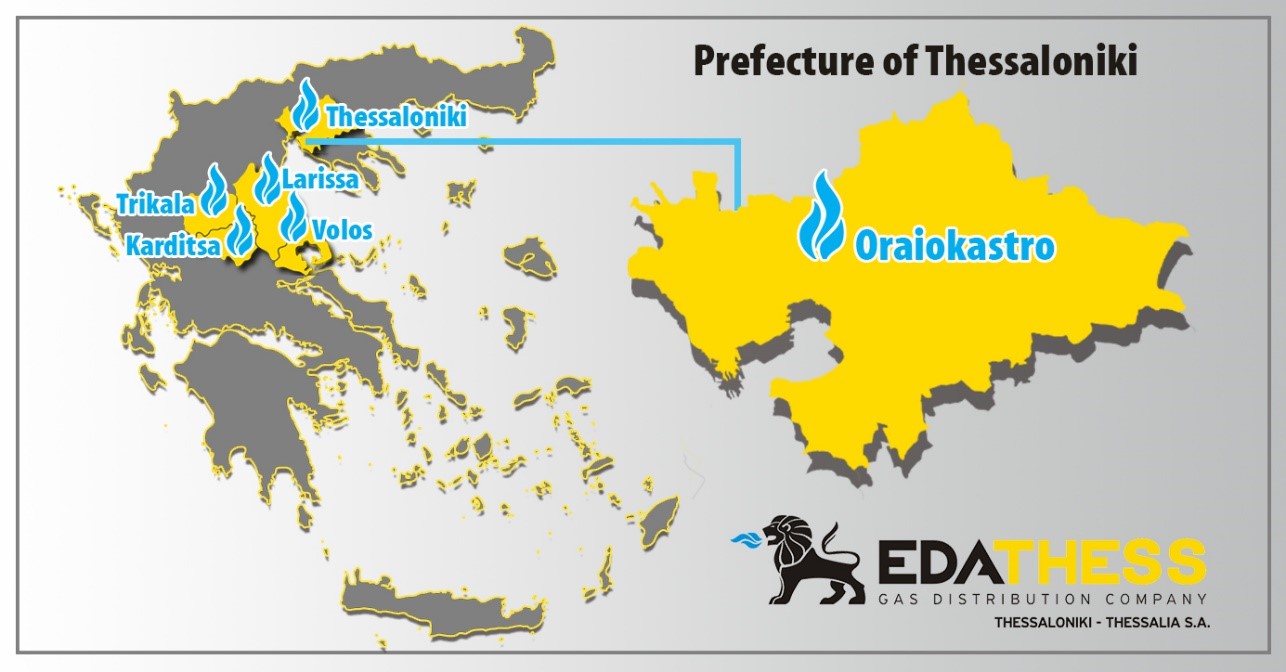 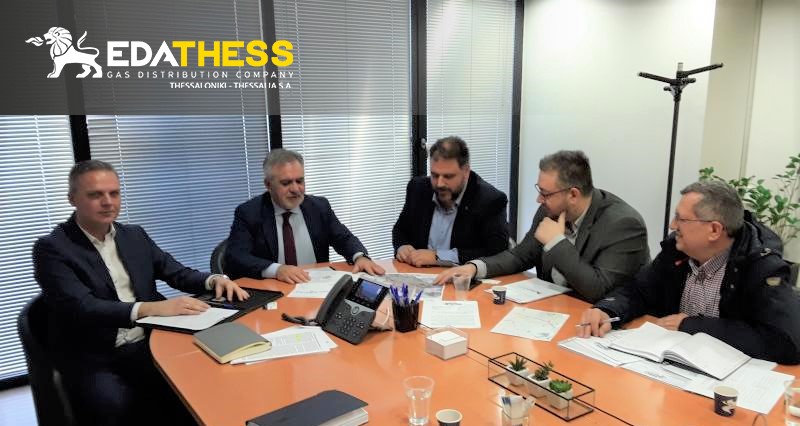 The Mayor of Oreokastro Municipality, Thessaloniki Regional Unit, Mr. Pantelis Tsakiris and his associates visited EDA THESS` premises, where they were welcomed by the Company's General Manager, Mr. Leonidas Bakouras, and the Manager of Network Development and New Connections, Mr. Michalis Stergiopoulos. During the meeting, the Mayor and his staff were briefed on the progress of the distribution network’s expansion in the areas of the municipality.

Mr. Bakouras noted that so far, a low-pressure network of 61,5 km has been developed in Oreokastro Municipality, while more than 3,500 Municipality households are already been connected to the Natural Gas Distribution Network, enjoying the benefits deriving from its use. He also emphasized that the network is being developed according to the consumers’ demands, while the 5-year Development Program (2020-2024) of EDA THESS, includes the construction of low pressure-4bar network, with a total length of 31,3 km and a medium pressure-19bar network, of 1,1 km, an investment of € 5,9 million in the Municipality of Oreokastro. Correspondingly, over the same period new consumer connections are projected to reach ~ 3,100.

Regarding the new areas of the Municipality, Mr. Stergiopoulos informed that according to the Development Program, the connection of Pentalofos and Neohorouda through the Distribution Network is planned within the year 2022, while the same year CNG supply is foreseen for the area of Migdonia, gradually covering Liti, Drimos and Melissochori. Mr. Bakouras also added that in the coming period the possibility of constructing a Distribution Network for the supply of Migdonia area will be considered, as a request has been made by EDA THESS to the National Natural Gas System Operator (DESFA) to establish a relevant interconnection point.

For his part, the Mayor of Oreokastro mentioned the good cooperation between Municipality and EDA THESS, noting that the network’s expansion enables citizens to benefit from the use of natural gas both economically, by reducing the heating cost, and environmentally. He also referred to the significant savings for municipal and public buildings achieved by operating on natural gas.

The meeting was held in a pleasant climate, with favorable prospects for development in Oreokastro Municipality.