Interview of Leonidas Bakouras: Strong results of the first quarter and reductions in the distribution tariffs 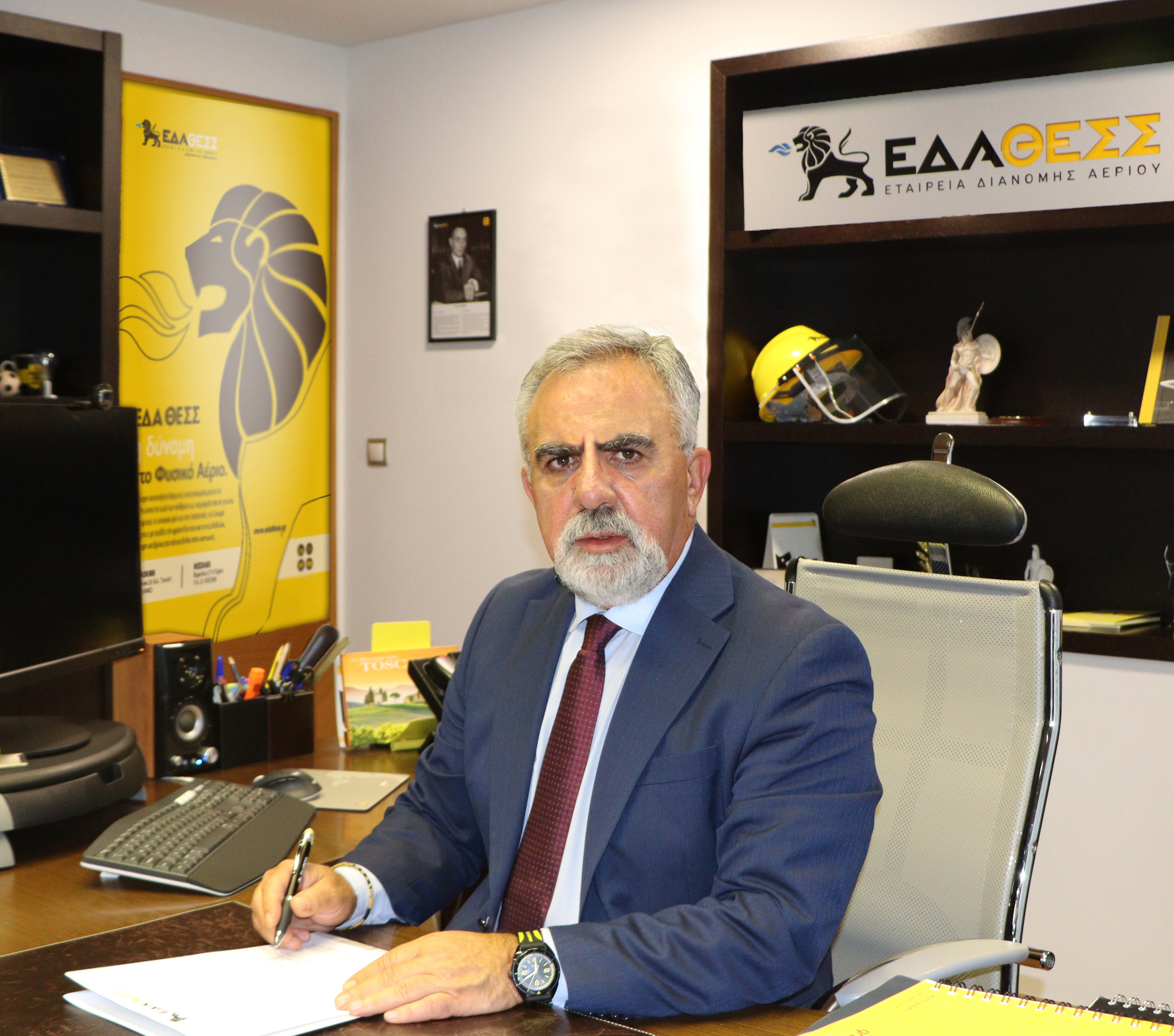 With an increase in new connections and distributed volumes, investments which reach 6.5 million euros and net profit (EAT) to 14.1 million euros, the first quarter of the year for EDA THESS.

At the same time, since 1st January EDA THESS has made significant reductions in the tariffs. As mentioned in his interview to “Efimerida ton Syntakton”, the general manager of the company, Leonidas Bakouras, due to the integrated development planning, the weighted average distribution tariff of EDA THESS, that has been approved by the Authority, shows a further decrease of 14.8% in Thessaloniki and 21.9% in Thessaly, while especially for industrial consumers by 45% and 56% respectively, compared to the previous regulatory period.

EDA THESS: The strong results of the first quarter guide to the successful outcome of the investment program

The first quarter of 2021 closed positively for the Company, presenting strong results in all sectors.

Specifically, during this period a dynamic growth of the market was recorded with:

Strong performance is also reflected in the financial results:

The Company's investments for the 1st quarter of the year reach the amount of € 6.5 million.

2.    What kind of investments have been launched for the next period?

This is an ambitious Program that has been approved since last December by the Regulatory Authority for Energy and is already being implemented.

⦁    € 138.5 million will be allocated for the distribution network development, the reinforcement of the infrastructure and the connection of 90,000 new consumers, including the large industries. Natural gas penetration is expected to reach 72% of the population in comparison to the current 64%.
⦁    € 8.3 million will be invested for the implementation of an integrated installation plan for 136 thousand smart meters and the development of modern metering systems.
⦁    € 8.8 million will be invested in information systems and new technologies for the Company’s digital transformation, increasing the main business operations’ digital maturity from the current 48% to 75% in 2025.

3.    What are the reasons for the low natural gas distribution prices?

The Company's investment program is designed in a long term and is based on technical and financial efficiency criteria that:

⦁    ensure the reasonable return on investment,
⦁    form the lowest Distribution Tariff in the area
⦁    and ensure the networks’ construction with high standards and technical integrity

As a result of the integrated development planning, since January 1st, the weighted average distribution tariff of EDA THESS, which is approved by the Authority, shows a further decrease by 14.8% in Thessaloniki and 21.9% in Thessaly, while particularly for industrial consumers by 45 % and 56% respectively, compared to the previous regulatory period.

We are actively contributing to resource savings by helping to reduce energy costs, increase energy efficiency and attract new investment for the development of the economy.

4.    What does operational independence for EDA THESS mean, so that can be perceived by the public?

The Company carries out its duties in full compliance with the legislative and regulatory framework and particularly with the provisions of the Natural Gas Distribution Network Operation Code.

At the same time, it develops its activity based on:

⦁    equal treatment between Distribution Network Users and final consumers,
⦁    organizational and operational, autonomy and independence,
⦁    transparency in the performance of its duties and impartiality.

⦁    Consumers are informed at every stage of the process of connecting to the distribution network, that they freely and with their own decision and responsibility choose the licensed installer for the construction of the internal installation and the distribution user for the conclusion of a gas supply contract.
⦁    It is pointed out that the construction planning for new connections is strictly observed, according to the Natural Gas Distribution Network Operation Code.

⦁    Anyone interested, can contact exclusively the Gas Distribution Company’s competent services to receive official information. The Company states unequivocally that it is not represented by any third party (eg representative, etc.) except for its competent bodies and services that can be contacted by any interested party.

5.    How do you judge the developments in the energy sector?

Natural gas, as the cleanest fuel, is the main means of decarbonizing the economy, contributing to the formulation of the European environmental strategy and the implementation of a "green" energy system.

EDA THESS is a member of the pan-European sustainability association GD4S, in which the Union's leading distribution companies participate. In the context of its participation, the Company contributes: