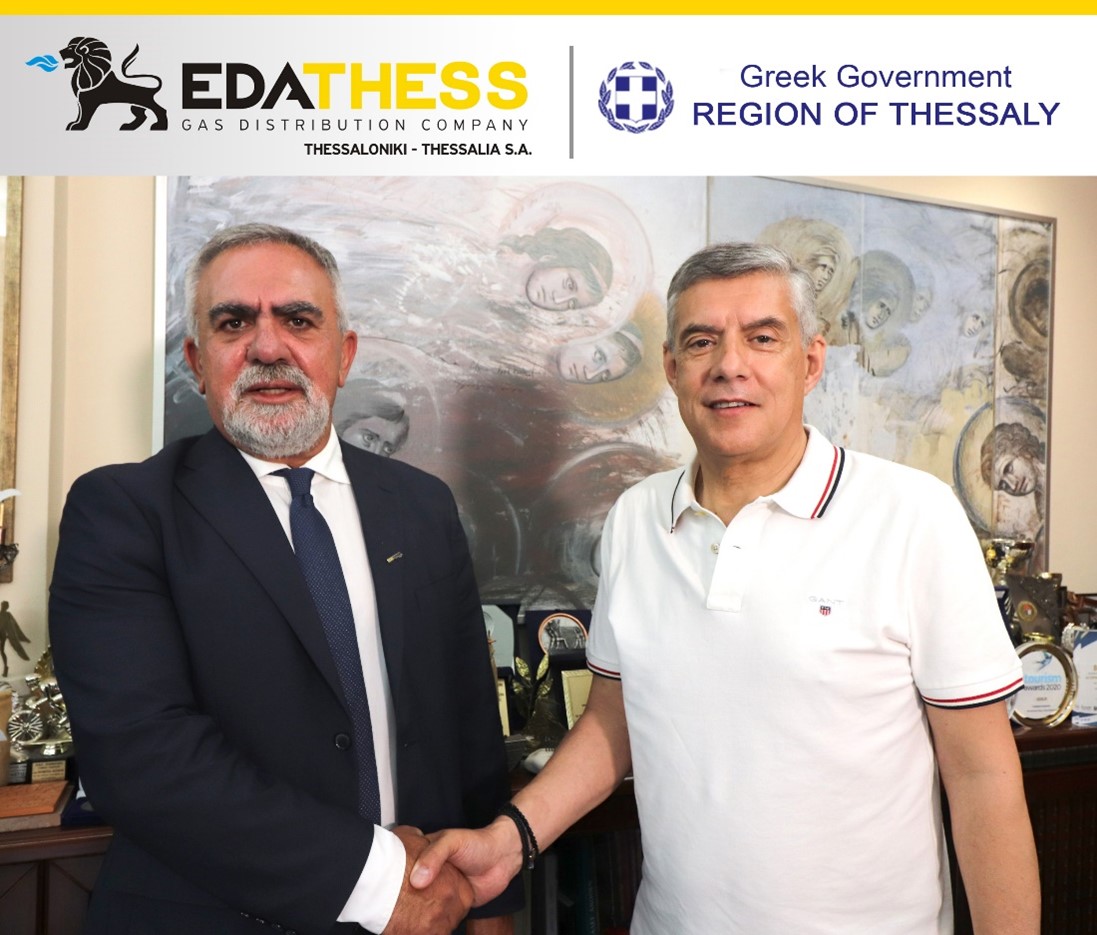 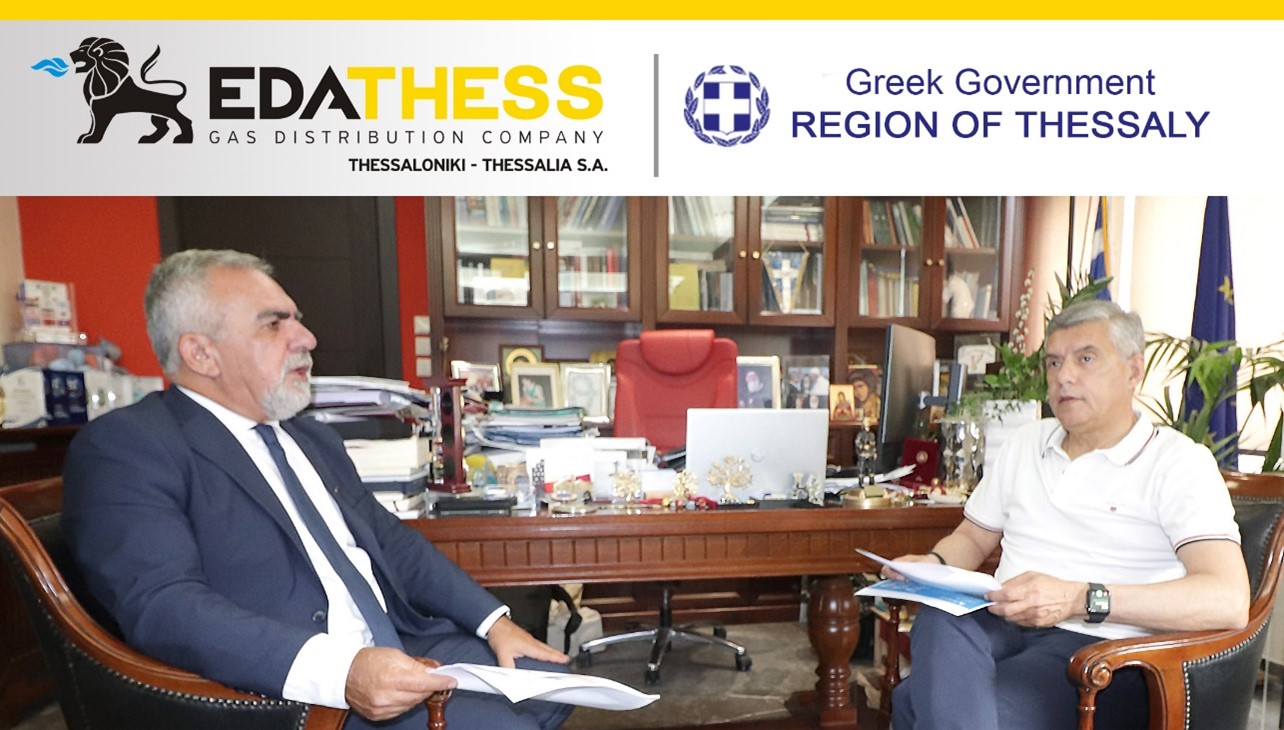 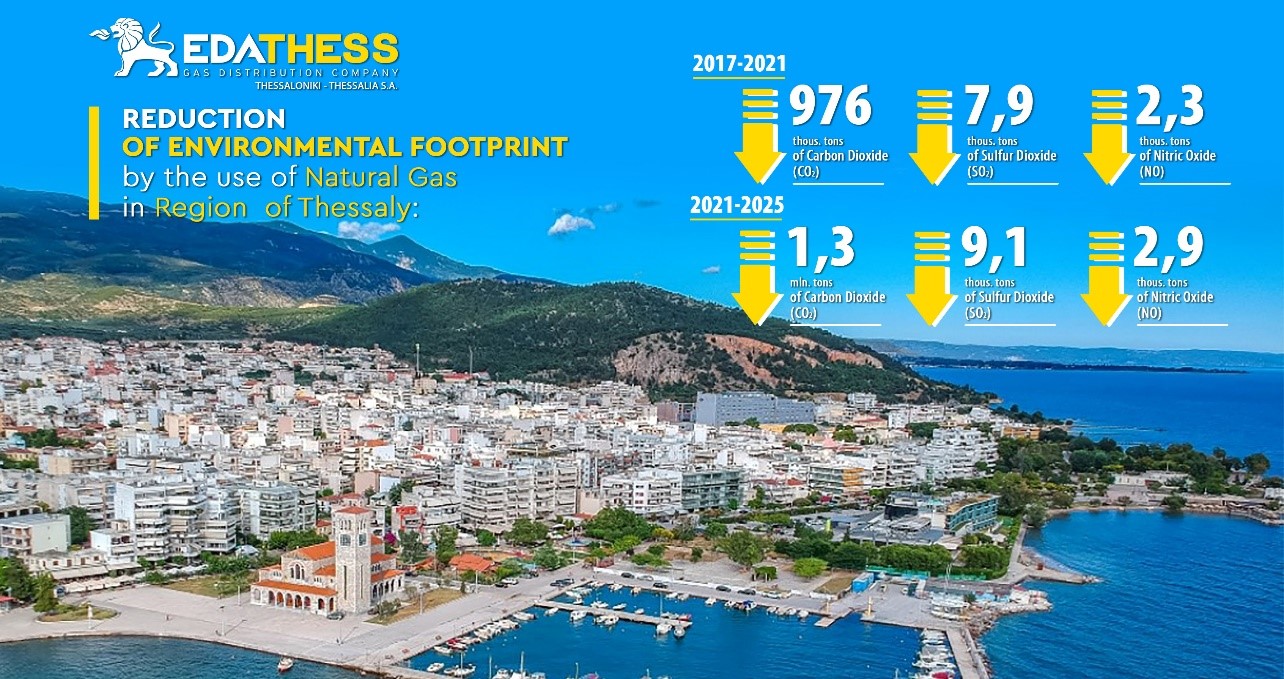 The payment of the second instalment of the € 2.5 million Grant Program for the “Replacement of oil heating systems with natural gas systems” has begun. The Program is implemented in the framework of the NSRF 2014 - 2020 for the Region of Thessaly and the National Strategic Reference Framework (NSRF) executive structure of the Ministry for the Environment and Energy with a total budget of € 6 million. EDA THESS is the implementing entity in charge of reviewing the applications, of the certification and the payment of the funding to the beneficiaries.

As the Regional Governor of Thessaly, Mr. Konstantinos Agorastos, and the General Manager of EDA THESS, Mr. Leonidas Bakouras announced, the disbursement of the relevant funds amounting to € 2.5 million will be made by 15/07/2022.

The Regional Governor of Thessaly, Mr. Agorastos stated: "The second phase of the €2.5 million grant to be awarded to the beneficiaries of this pioneering program for the replacement of oil heating systems with natural gas systems has begun. We implement the program in collaboration with EDA THESS. It is an action with a remarkable social and environmental footprint. More than 1,250 households in Thessaly have joined to date. A great effort is being made to mitigate the CO2 footprint in the Region of Thessaly. This effort is supported by this pioneering program and has resulted in the reduction of CO2 emissions by approximately 1,000,000 tons from 2017 to 2021. In collaboration with EDA THESS, we join forces so that - concluding the procedures for the replacement of oil systems with gas systems - more than 2,250 households benefit from the program that offers significant assistance to consumers. EDA THESS, in addition to its actual environmental contribution, implements an important Corporate Social Responsibility program, through which it supports and interacts with municipal authorities and bodies for the benefit of vulnerable groups and those in need. "

From his part, the General Manager, Mr. Bakouras stated “I am particularly pleased for the outcome of our excellent cooperation with the Region of Thessaly. The Region is a pioneer, implementing a program of major importance for the financing of the internal gas installations of the consumers, especially in this critical period. It must be noted that, despite the ever-changing environment, the people of Thessaly are demonstrating their trust in natural gas in practice, as more than 1,000 families switch constantly to the use of natural gas every month”.

Additionally, industrial / manufacturing units in the 4 prefectures of the Region of Thessaly are strongly interested in connecting to the distribution network of EDA THESS. Industrial use of natural gas leads to an increase in their energy efficiency, rationalization of resource management and mitigation of their carbon footprint, contributing to the environmental upgrade of the wider area.

Ever since its establishment, the Company has significantly contributed to the reduction of greenhouse gas emissions and the improvement of air quality in the areas where it operates. Thanks to the increase of natural gas penetration and the replacement of conventional polluting fuels for all categories of consumers, the first step to energy transition has already been made in Thessaly.

Only during the period 2017-2021, the savings in gaseous pollutants from the use of natural gas in the Region of Thessaly reached 1 million tons of carbon dioxide (CO2), while a significant reduction was recorded in sulfur dioxide (SO2) and nitrogen monoxide (NO) emissions. Respectively, for the five years 2021 - 2025, the savings in carbon dioxide pollutants are expected to exceed 1.3 million tons. EDA THESS thus creates favorable conditions for the achievement of the goals that have been set in the detailed roadmap of the strategic National Plan for Energy and Climate (NECP) by 2030.

Regarding the current energy developments, Mr. Bakouras stated: “The Company supports the European legislative policy for energy and the environment, which is complemented by the aspirations of the new REpowerEU action plan. We are ready to meet the challenges arising from the transition to a "green", climate-neutral economy, through the full utilization of our networks and the immediate integration of renewable gases. For the Company, biomethane is a "key component" delivering domestic added value, as its production will provide a new source of income to the agri-food sector. The injection of biomethane in the distribution networks supports the achievement of the ambitious goal for the production of 35 bcm of biomethane by 2030, while, on the other hand, it is a solution that can be implemented immediately, contributing to the country's energy security, utilizing existing infrastructure, while reducing carbon footprint. To this end, it is necessary first to establish the legislative framework, to provide incentives for stakeholders to produce and inject biomethane into the distribution networks”.

In this context, EDA THESS has designed and is currently implementing a study to evaluate the potential of biomethane production in the region of Thessaly. The results of the study will provide those involved in the biomethane value chain, the appropriate signals about the feasibility of investing in the industry.

Another innovation is added to the immediate planning of EDA THESS, as the construction of the first satellite LNG regasification installation in Greece for the supply of remote network is in progress. The Station will be installed in Elassona, at the Prefecture of Larissa and is expected to be completed in July 2022, upon the issuance of the relevant technical regulation.